The origin of Planets

Brahma is the first person to be born in the universe. He is born from the lotus flower, which emanates from the navel of Lord Vishnu. When Brahmaji was born, the entire creation is hidden in the waters of devastation. He is completely confused about where he is. At that time, Brahma hears two words, “Ta Pa,” and when he hears those words, he engages in deep meditation. After 50 years (of Brahmas lifetime 156 trillion years of earthly lifespan) of meditation Supreme Lord Vishnu appears before Brahma.

Lord Vishnu congratulates Brahma. Lord Vishnu blesses Brahma so that Brahma gets the power to create to fulfill his birth’s purpose. Lord Vishnu instructs Brahma to meditate on Him (on Supreme Lord Vishnu ) and practice bhakti. By the practice of Bhakti, Brahma would eventually get the strength to create the universe.

Brahma, upon receiving the blessings of Supreme Lord Vishnu, begins the process of creation. There is a violent wind initially, but Brahma is so powerful that he can absorb the wind. Then there is calmness. When it is clear, Brahma views this four billion-mile universe located within the lotus. Brahmaji contemplated how to create planets where all the living entities can perform their activities. The seeds of all the planets in the universe were impregnated in the lotus on which Brahmā was situated. Supreme Lord Vishnu already generated all the planets, and all the living entities were also born in Brahmā. The material world and the living entities were all already generated in seedling forms by Lord Vishnu, and Brahmā was to disseminate the same seedlings all over the universe. 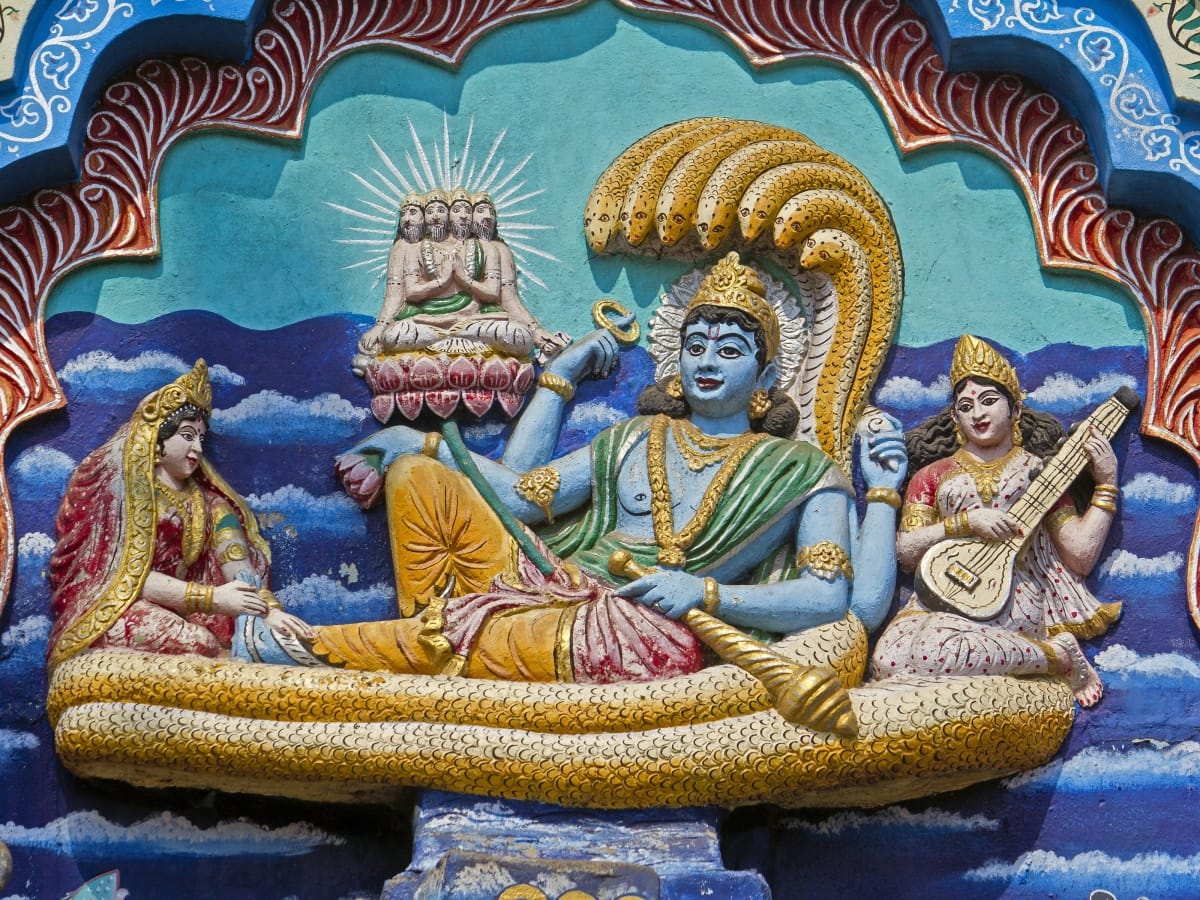 In this way, Lord Brahma becomes instrumental in creating the planets and restores the creation to its full motion. In all the planets, he gradually gives birth to various living entities according to their karma. The planets headed by the sun and the moon etc. become the residences of various living entities born according to their karma. The sun, moon, and all planets have living entities with different types of bodies. For Eg: Those on the sun planet have fire as their predominating element, just like we have water as the predominating element.

There are many planets, and among them, nine planets are empowered to control the body, mind, and conditions on various planets, especially the earth. For example, the moon is said to control the mind and the energy in the vegetables. Mars rules courage, and blood. Mercury governs skin, and so on. We will look at each planet and the star in a series in the upcoming series. In the next article, we will present the planetary system and star formation.